A topic for real-life experience in the subject matter. Experience versus training, expectation versus experience, worst and best experiences.

Warning: Graphic content. I thought I would kick-off the "experience" thread with an operation that caught my attention years ago. I've always thought analyzing operations, successful or not, gives you great lessons learnt and insight into potentials you may face one day. So here goes nothing, "The Four Hour Gun Battle"...

Target One: Uday Saddam Hussein al-Tikriti, the eldest son of Saddam Hussein. One of the most wanted, and most feared, men in Iraq at the time - the Ace of Hearts himself.

Target Two: Qusay Saddam Hussein al-Tikriti, Saddam's second son. The to-be successor of the dictator Saddam Hussein and one of the most wanted men in Iraq at that time - the Ace of Clubs himself.

The mission: To capture or kill both members of the Saddam family...

...The deck of fifty five was going to lose another two today. 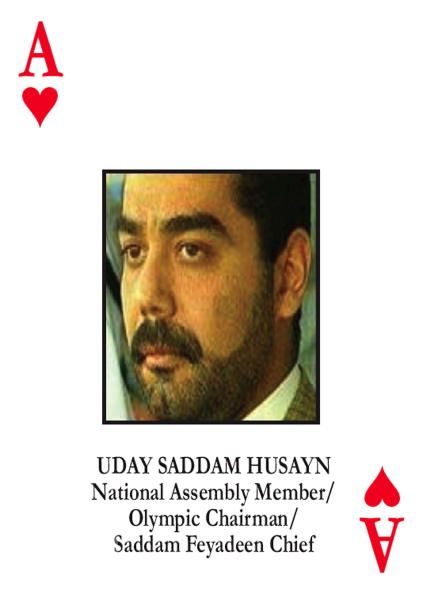 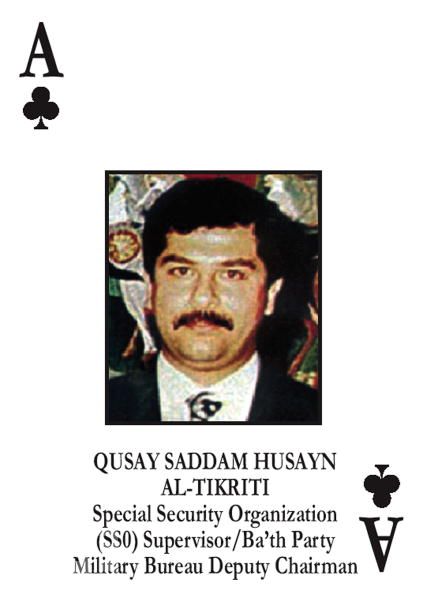 Acting on an anonymous tip confirmed by the Intelligence Services, Task Force 20, 121 - U.S. Special Forces operators - and soldiers from the 101st Airborne Division, 3/327th Infantry HQ and C-Company, were notified, they began to kit up and get ready for a direct action snatch and grab [come kill or capture] mission. The target building was a mansion housed in a predominately upper class residential area within northern Iraqi city of Mosul. Two high value individuals were seen at the residence: Uday Hussein. A sadist, anarchistic murderer, a law until himself , here is no doubt that this man was dangerous, and his brother. Qusay Hussein. The next in line for the dictatorship and unlike his brother, usually kept a low-profile and a cool head.

It was a hot and humid July day. Special Forces were to clear the immediate area, including the target building, to apprehend the two high-prized individuals as well as any other inhabitants of the building. The 101st were to act as a blocking force, cordoning the area to provide security to the external area of the property. At first the operation went as planned. The combined force arrived on the scene and set-up a cordon as planned. But, as if to cement the first rule of planning, it did not survive first contact. As the U.S. Special Force operators entered they were fired upon by occupants of the building. Two superficial wounds to the arm of one operator and calf of another were sustained. The call was made to pull out of the immediate area, no entry was to be made at this time. The operators knew it would be too dangerous to attempt to move into the building, they needed back-up - and more importantly, firepower.

The plea was made. The 3/327th Infantry surrounded and fired on the house with a TOW missile, Mark 19 Automatic Grenade Launcher, M2 50 Caliber Machine guns, as well as their personal small arms. Getting on the megaphone the request to surrender was made. There was no reply. OH-58 Kiowa helicopters and an A-10 "Warthog" were on stand-by. The decision was made to bring them in. Anxiety filled the air as the JDAM was let loose. BOOM. Right on target.

Special Forces, feeling safer knowing the building was now a pile of rubble, yet again preceded into the building. Multiple bodies were found amongst the debris. Later, dental records from the recovered bodies identified two of the dead men as Saddam's sons. Qusay's 14-year-old son Mustapha was also found, dead on arrival, as well as a bodyguard/security officer. Mustapha was buried in a cemetery near Tikrit alongside his Uncle Qusay and Father Uday Hussein. An overall successful mission. One that reinvigorated the Iraqi people's beliefs in the U.S. troops effectiveness. An experience we can analyze here on CQB-Team, especially in terms of immediate entries - their dangers, and solutions to clogged fatal funnels in a combined arms, semi-permissive environment with support assets on task, scenario. Results matter, as do the foundation to achieving those results.