Here are my thoughts on what I call "Tactical Pied Pipers".

Well, if you are "tactically minded" or have been involved in shooting for quite a time you will have came across at least one of them. Tactical Pied Pipers are the types of people who develop - or claim to develop - the "tactical world" or community. Most of these "developments", eventually, tend to be realized fads, fallacies or worthless pieces of information usually invented to sell a product, promote themselves for self-gain or temporarily mesmerize the "tactical community". It gains popularity, it makes you "Youtube famous" and all the while someone has to benefit. They show off their "new techniques", "tactics" or presentations on segments of tactical concepts, for example shooting while fucking upside down in water. Because we all know we've been there and done that. 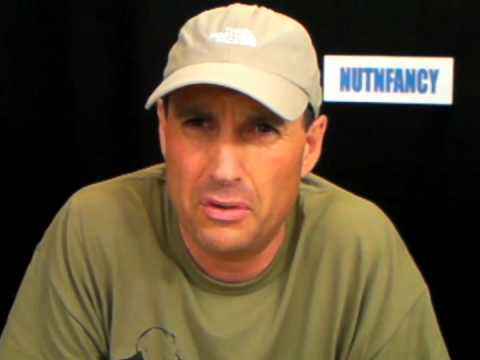 "The Special Forces should use the Glock 21. Just trust me. I was a Pilot, maybe. Now buy this new torch from Bullshitter LLC."

Now don't get me wrong, there are people out there who truly do develop the community, their mindset and the way we operate - but these people tend to be far from that. Egocentric arseholes who love to bait populations like a carrot and stick affair, and it happens time and time again. Real developers are sociocentric, putting out the right information and squashing any dogma. Analyzing their own thought processes, their own bias and looking to finalize an opinion based on research, facts, current and out-of-the-box thinking. They stay away from promoting themselves and are usually the silent professionals critiquing rather than pushing for instant change or reform. Pied Pipers on the other hand often regurgitate old news, old dogmas and unproven theories. They often manipulate information to sound "new" or "entertaining" usually for self-gain.

Still not getting there?

Let me give you an example. A few years back there was an apparent leap in the way we thought-out "tactical shooting" - stances, holding the rifle, jams, reloading. This was mainly pushed by two people: Chris Costa and Travis Haley. They were seen as the God's of shooting by their followers and admirers. Yes, they had some great points at times and yes they did put out some entertaining videos - but something happened.

Over the course of about three years their popularity began to diminish. Pumping out new "Tactical Rifle", "Tactical Shotgun" and other previously trending best sellers just seemed to die off. But why? Well there a few perceived reasons: 1. Their followers latched onto the next superman of Tactical Shooting and 2. Their followers soon realized either A. How full of shit they were or B. How basic the understanding and information getting put out by them was. It wasn't formal knowledge, it was simple computations of tactical theory put into practice but this time it was played out on your TV or computer, not at a range with a formal instructor. The C-Clamp is one method, tick, tool box, done. But these types of people love to put it in your face and develop a trend. 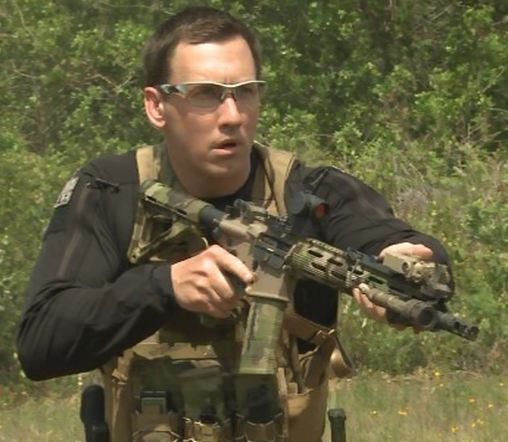 "Face the enemy and hold the rifle like this. M'kay? Now clench them cheeks. It's more accurate. M'kay?"

I have a few branching understandings into mindsets like this. It reminds me of people who are Religious and follow self-proclaimed "Preachers", "Prophets" or "Healers". The types of people who claim to talk to God, claim they can make your life better but all the while raid your pockets, lifestyle - and in this community even getting you hurt. Somehow, with popularity and blind following, they end up with fancy cars, fancy houses and even fancy churches. Well, the same goes for Tactical Pied Pipers. Before you know it they have their fully kitted out rifle, an international company selling off their basic content lesson plans to everyone out there and even parts in movies, interviews and DVDs. They promote the same old bullshit and continue on with a smile like they're doing perfectly fine.

They are intellectually dangerous for people like you and I. People who listen to "Expert Opinion" have to realize that opinion - even with an "Expert" as the forefront speaker - is low on the totem pole of evidence. It is no way validity or confirmation of a fact, it is merely a stated opinion. I'd just like to point out how to spot them and how to analyze their content for value. Don't be taken advantage of - it's pure fraud.

Firstly they tend to be in positions highly popularized. They tend to be "Youtube Gods", know-it-all bloggers or the "Expert Opinion" on your DVD. They have blind followers who only care for their idols opinion and none other. They are highly officious, usually "one-upping" the environment. They may claim to be "Special Forces", "Tactical Shooters", "Instructors", "CEOs" or whatever bargaining tool they can offer up. Did I mention they're never fucking wrong either? My latest example of this is a one "Instructor Zero". 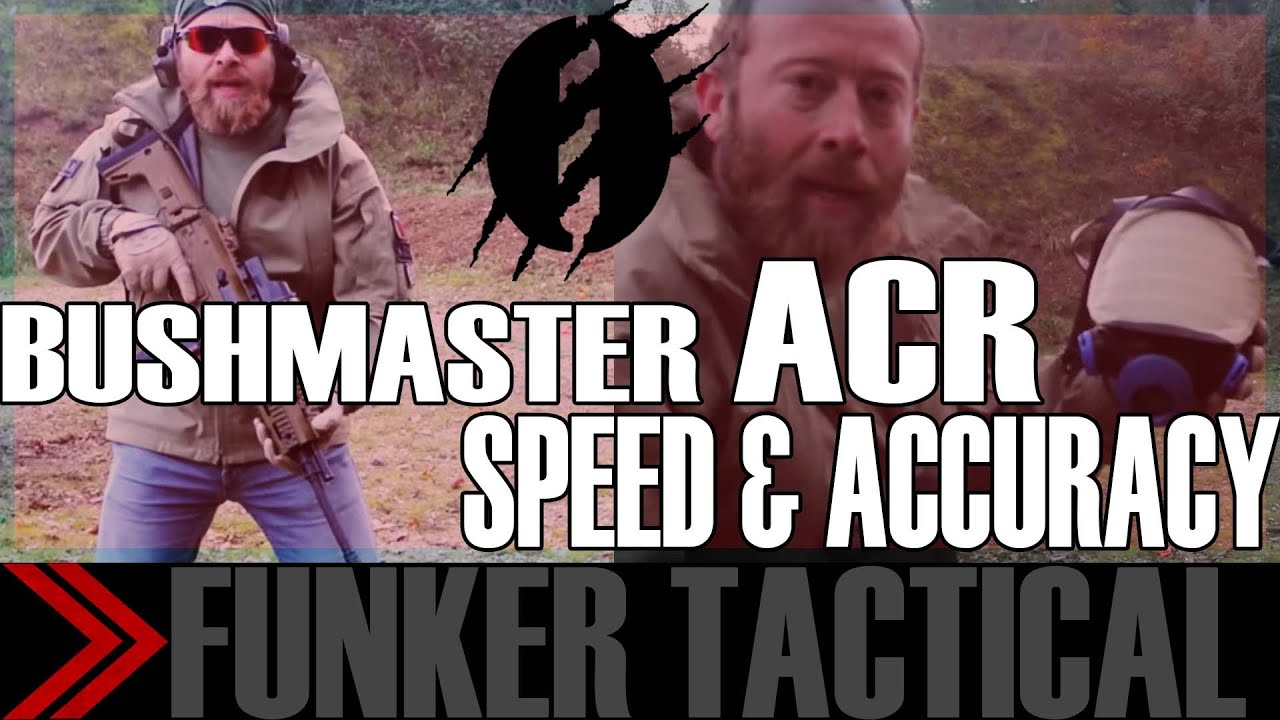 "Shooting steel will prepare you for reality, as will my Youtube videos. Did I mention I was in the Italian Special Forces and I have a beard?"

This kind of narcissistic dickwad is the type who puts out his own products, beliefs and values as the holy light savior of the tactical world. He keeps his fans entertained every month with a shiny new video: "Shooting Upside Down", "The Essence of CQB" and other popularized footage. But what of it? It does no harm right? There's always one person out there scamming or otherwise being blind to their own bullshit - promoting baloney, outlawed concepts and old age philosophy, right? Well, that is the harm right there. When you conceive ideas into the heads of people who may not be tactically minded, who may be new to shooting or who are fixated by the "glitz and glamour" of what these people try to make out tactical scenarios to be then you dement the reality of the situation.

They remind me of people trying to give medical advice. "Hypothermia, that's easy - your body is just cold right? What the fuck is a mitochondria?". There is a fucking reason why you go to your doctor first. Watch out. Don't get fooled. Don't get scammed. Don't believe the hype. Go to someone who has been there, done it, knows the reality but does not push his personal opinion like it is God like. Only then will you get a neutral standpoint that will cater to you. "Forget the shotgun pump. Just show the home invader your man tits, that'll scare them away."

Secondly, they keep changing. First they started off by being "pro-gun" types who got the "power of the people" behind them and made their opinion a God like answer. It would blasphemy to disagree, right?! Well, you watch. Oh and I'm not kidding, some of them literally fucking think their opinion cannot be argued against - if you think me wrong I have the fucking video of it. Watch out. They're moving on. Active shooting scenario? Trust the "expert" on Youtube. School shooting? Massacre? Afghanistan? Just trust the guy with the biggest mouth, right? They keep pushing at one concept after the other - after either they get bored, start to lose out on popularity (they need something to kick start their affair again) or they think they're one hundred percent right and move on. They're jumping a lot recently but I've noticed a trend with "gear queer" movements and "airsoft". It's a big warning to all involved: weigh up your shit, do not nod in approval on first meeting.

A closing point. These people tend to also be highly politicized. They are all curled up in the gun law and home shootings. I think they do damage to those portions of governance, especially when they go on National or Local news and cock everything up. If you didn't know they were a class A douchebag before the interview, you certainly knew after. Don't follow a Pied Piper. Be your own man. Develop your own tactical mindset and outlook, base it off multiple sources. Be independent. Be neutral, or the grey man, if possible. And just do what is logical and tactically of benefit. Ten hours of "Tactical Rifle" DVDs won't make you shoot straight. And for God's sake never trust a Youtube "CQB" video made by these dicks - you will get your team hurt against a real threat. Don't let them manipulate this community and try make changes. Law Enforcement, the Military, instructors and tactical guys alike - keep an eye out, an ear open and know when you smell bullshit.

"Me and my buddies are ready for the uprising, y'all. The South Will Rise Again! And P.S. you can buy new T-Shirts on my website."

P.S. credit to Jimothy for coming up with the term "Tactical Pied Piper". Beauty!
CQB-TEAM Education and Motivation.

I have to confess that I used to be a fanboy to a lot of these pied pipers. But that was back in the day when knew nothing. To this day I still don't know much (compared to the more experienced guys on this forum) but I can confidently say that I know a lot more than I did back then and I know enough to spot a pied piper when I see one.

People new to the community are like children, they don't know any better and can easily be tricked just like the pied piper does in the famed tale.
semper acer , semper velox , semper trux , semper promptus
Top

Ryan and I have seen a lot of videos of late showcasing conventional military units using limited penetration and thumb over bore shooting techniques in CQB. We are now witnessing the "Superbowl effect" of CQB TTPs. It's funny how much has changed in the last few years.
semper acer , semper velox , semper trux , semper promptus
Top

I don't think that I saw this post originally back in 2014. LOL. Wow, this was an EXCELLENT post. I wish that I had seen this at the time. I was constantly seeing crap on Youtube. I don't bother with it, anymore.
Kudos to you, Jim, for coming up with that appellation, "Tactical Pied Pipers", nail on the head, there.
If you have `cleared' all the rooms and met no resistance, you and your entry team have probably kicked in the door of the wrong house.
(Murphy's Cop Laws)