by PhillipFortner8613
SCENARIO — You're a one man element clearing an establishment and happen to meet a hallway. You must clear the hallway but there are two rooms — both open and doors directly in front of each other — before you reach the other end/clear the hallway.

How would you go about clearing the hallway?

I have posted an image below. In the first picture, ignore the first door to the right that you can only see half of. The door directly behind that and the yellow door just in front of it is what I'm talking about.

In the second picture, the doors immediately half-seen at the bottom that face each other is what I'm talking about.

I've posted the pictures as well as their links for anyone not able to view them on the forum. 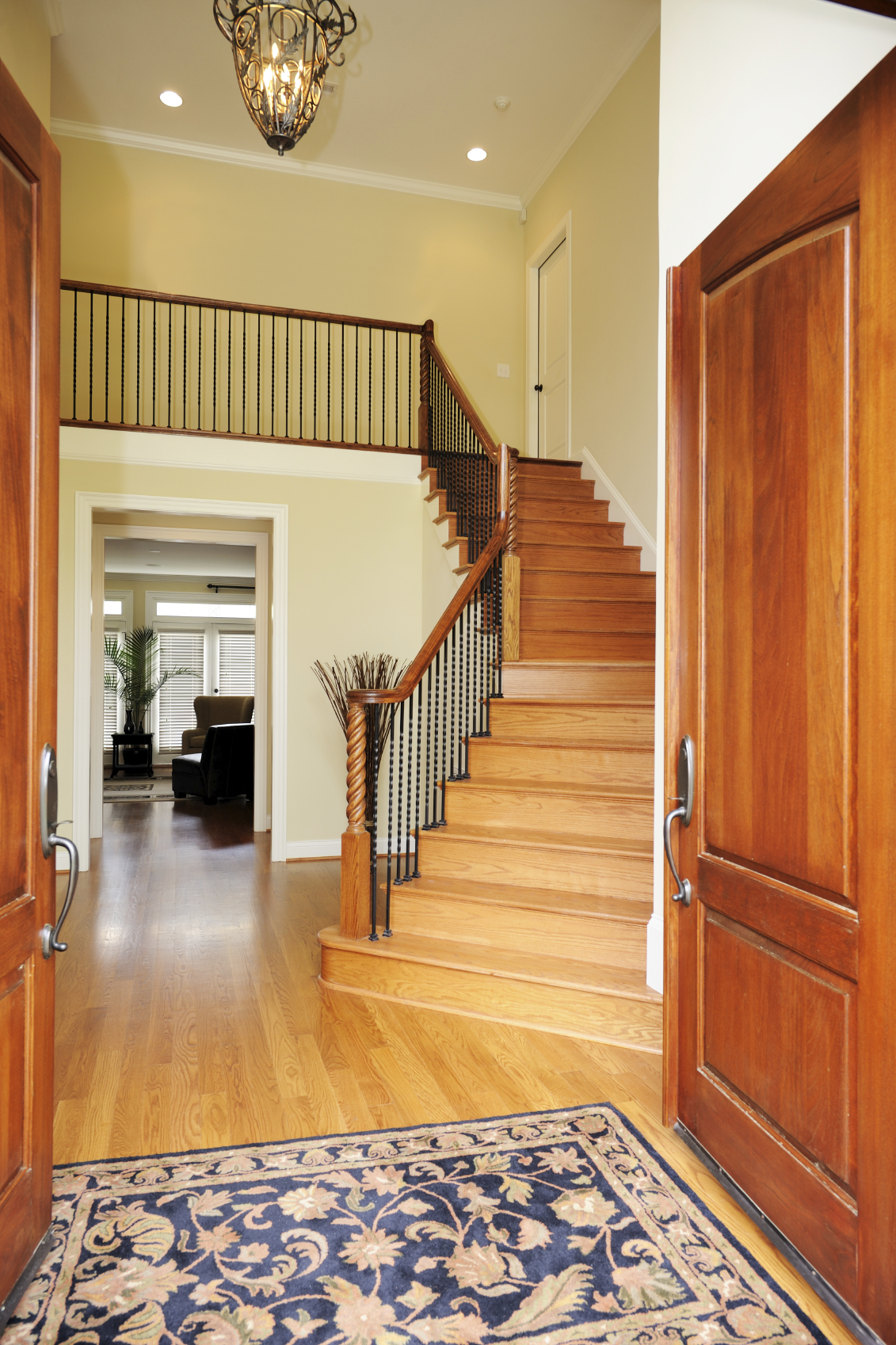 by tacticalguy
Interesting scenario. Why would you be clearing a structure like that, alone?

by PhillipFortner8613
Question was proposed during a training session where one-man-tactics were introduced.

I'd replied that realistically an establishment like that wouldn't be cleared by a one man element but wanted more opinions on this, primarily from professionals, as I begun to think about it.

by Ryan
Terminology wise it's direct opposing vs split opposing.

One man. Clear as much of one side, close to the wall, then come back and clear the other. Whenever you clear a room from the outside, transition your view to down-hall because that's the next threat area. That's all I can think of because in a team you would have a hallway man or hall boss.

by Breacher01
That's a good tactical dilemma you got here. In the first picture I clearly understand the problem you state. In the second picture its less clear to me, You mean the "double inward opening front door" ?

My reaction to the first picture is somehow different to the second, in the first one i see danger up ahead.

in the second my conditioning tell me the front doors are open, and I better get in fast, staying in a door opening is against my feeling.

Does anyone else have the same instinctive reactions differ with both pictures?

the first gives me the feeling to cover somewhere, and wait for a partner or team member to hop into my line of sight.
the second makes my inner voice say "Move! Get out of the doorway." and cover my team".

But there is no team. The pictures however don't seem to comparable at all. Tactical wise my gut feeling is completely different.

by PhillipFortner8613
I don't mean the double inward opening doors but rather two different doors in the middle of a hallway, both of which are open and directly oppose each other.

PhillipFortner8613 wrote:I don't mean the double inward opening doors but rather two different doors in the middle of a hallway, both of which are open and directly oppose each other.

I am incapable of looking at a picture of a room in first person view, and not notice the rest of the architectural features that resemble cover or blind spots. I did however think of one thing I might do in the scenario as presented. Switch to my side-arm. Because of the response time when you notice any sign of someone out of your focus.

Side-arms are a real advantage in your response time, compared to weapons over 2 pounds, and or requiring 2 hands to operate.

Anyone of you had a better idea to deal with this tactical dilemma?
All times are UTC
Page 1 of 1